There were two methods of advertising forthcoming productions.

The main publicity was by the use of ‘day bills’. These were printed posters 30” long and 10” wide  (see illustrations). To advertise a week’s shows, a large number of blank day bills were ordered from the printer with spaces for the location, date and times to be added at the top, the names of the shows and the days on which they would be presented in the middle and at the bottom, a space for the prices. These details were stencilled in as required. This method was used for smaller dates where only twenty or so copies were needed. If a large quantity was called for, the printer would be asked to provide the complete bill. For one night bookings, needing only one title, a stock poster would be used with spaces for the location and the prices, filled in by the printer. 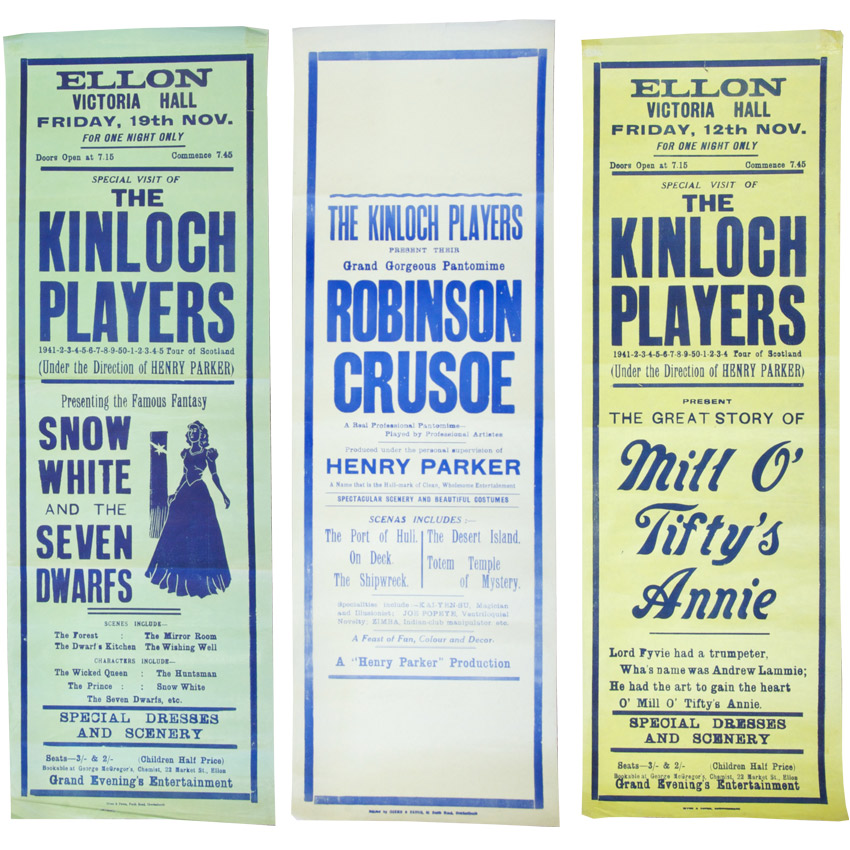 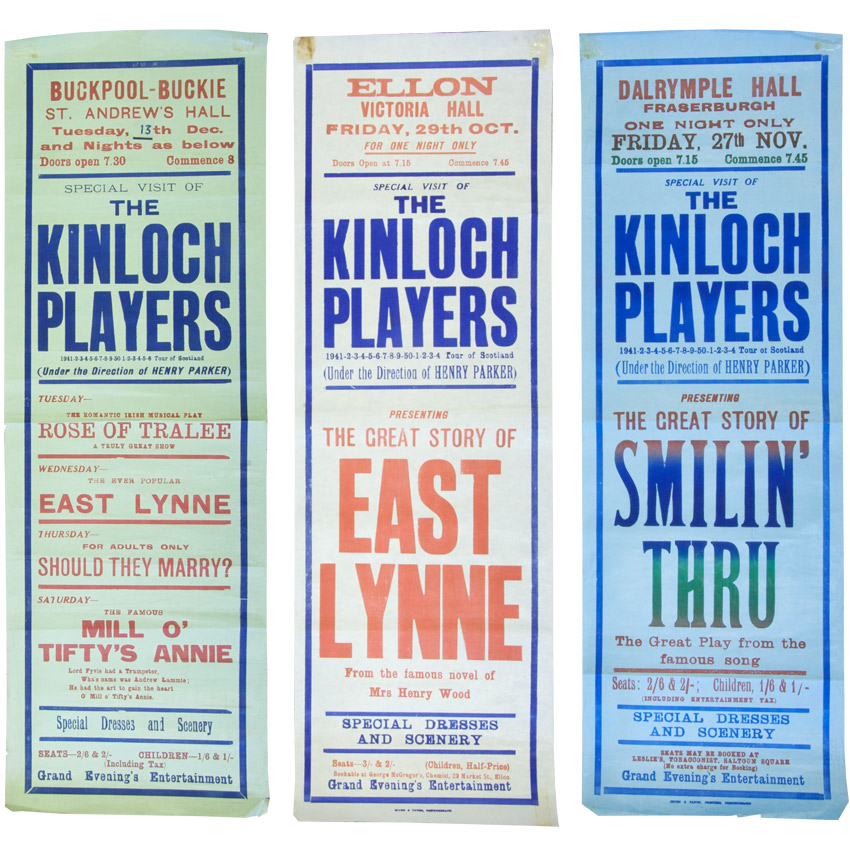 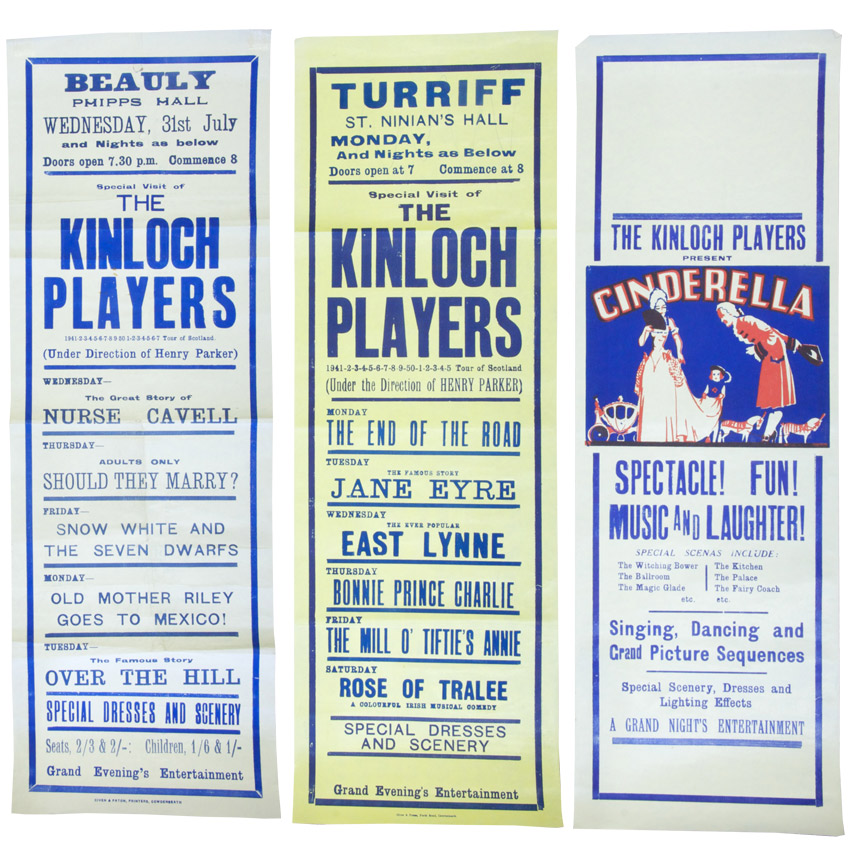 Most of the bills would be displayed in shops, preferably in the window or on the door. Every shopkeeper would be given ‘a pass’ or a ‘two-for-one’ for displaying a bill. The remainder of the bills would be tacked on trees or on any other wooden site that would take a 30”x10” sheet of paper – with one exception.  Telegraph poles, an obvious target, were never used. At that time there was a rule (a law?) that fly-posting  on telegraph poles was illegal.  To get the best position for displaying in a shop, the bills had a small amount of gum applied to the top corners then allowed to dry. On entering the shop and asking if a bill could be displayed, the corners were licked and the bill placed in the front of the window to demonstrate where it would look good. Before the shopkeeper could say “No, Ah dinna tak’ bills –“  the bill was in position and the shopkeeper was being offered a free pass for the show. The shopkeeper probably never used the pass and wouldn’t bother to climb into the window to remove the bill. It worked most of the time.

The second kind of publicity was in the local paper. Always in the classified section. Any kind of display advertisement was too expensive. 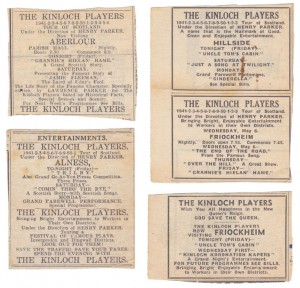 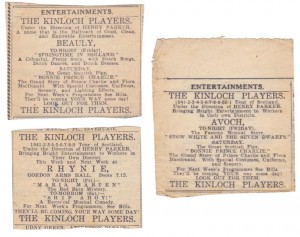